God Is Calling Me Back 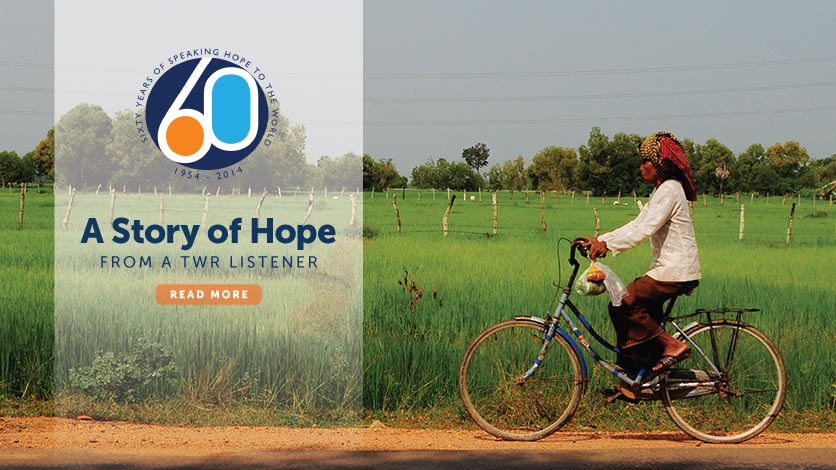 CAMBODIA — Letdown. Frustration. Disillusionment. These are some words used to describe us when we are disappointed. Disappointment is hard. It is even worse when we are disappointed by a leader, especially a leader in a church. Discouragement sets in and respect is gradually lost. It is in times like these when we may find ourselves losing interest in the things of God. How can leaders who claim they are serving God be so instrumental in causing the departure of a church member?

Indeed, this was Boran’s predicament. 45-year-old Boran lives and works in the Siem Reap province of Cambodia. He told TWR that he had stopped going to church for almost six months because of an incident with a church leader. He was so disappointed that he stopped all activities with the church. But you know what? God never left his side.

One day while driving back to his homeland in Battambang, he came across a TWR program that spoke directly to his circumstances. “It was not by accident that I heard his words from the Thru the Bible programs, and I believe that God had his plan to talk to me through this good program.”

It was like God himself was speaking to him. Boran started thinking more about the conflict with his leader and through the program received much encouragement. “I cried over what I had done and felt God calling me back as one of his children.” The Word of God Boran heard that day had the power to transform his heart. After his visit to Battambang, Boran made a crucial decision, one that would set him free. He decided to meet with the church leaders to ask them for forgiveness and also to forgive them. It was hard to do and something Boran could never have done by himself.

A Word from God could have come from anywhere, but this time it was through the radio. Amid his disappointment, God called him back through a Word on the radio, something Boran never thought could happen.

God called a man disappointed by his church leaders back to his church just like a father would a prodigal son. Programs TWR airs in Cambodia and elsewhere ensure that God’s Word is there to change the hearts and lives of people who might otherwise never hear it.